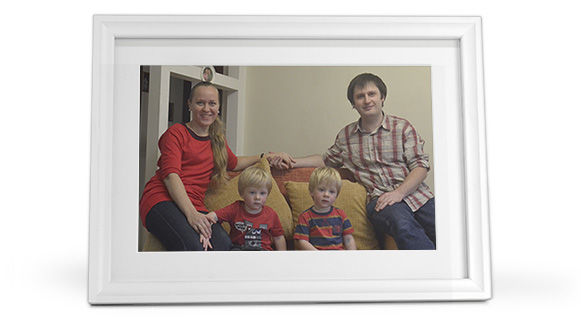 Dima joined the CoMission team in 2012, but his longing to see healthy families has been with him since early childhood. At one point he learned that his best friend in school was an orphan, and that changed his whole perspective on the importance of a family for every child.

This passion turned to action when Dima started serving colleagues in the Ukraine Without Orphans and Russia Without Orphans movements. Through actively supporting the Orphan Sunday and Russian Orphan Care Resources projects in both countries, Dima is engaging, connecting and equipping believers to provide a family for every child!  Dima's wife, Tanya, is also a huge support in managing the resource directory.

CoMission for Children is focused on equipping Christians to serve orphans globally, so as the World Without Orphans movement emerged, Dima joined the planning team for the first Global Forum for a World Without Orphans. This powerful event spurred more action around the world, with national leaders in dozens of countries working to see children cared for in families, not institutions. The second Global Forum brought even more leaders to our vision and expanded the WWO geography to over 70 countries.

One of the greatest things in orphan care is that everyone can be involved at some level. One doesn't need to be a full-time social worker or become an adoptive parent to feel like they are doing something.  Prayer is essential, raising awareness of the orphan crisis is important, and financial support of those deeply involved is crucial. When you get involved, God moves, and kids get homes, whether they remain in their family, reunite with their family after having to be apart, or regain a family through adoption. Please join Dima in his dream for a world without orphans!

Donate now
j
Sign in
You have unsaved data. If you leave this page now your changes may be lost.